Kindling the Spark of Cannabinoid Science

A Brief History of Medical Cannabis

The first recorded use of cannabis as medicine dates back to ancient times. In China the use of cannabis dates to 2800 BCE and relates to neuroprotective effect (Li et al, 1974). Written evidence suggests that cannabis was used for treating glaucoma in ancient Egypt in 2350 BCE (Tomida et al, 2006). In 2000 BCE Mesopotamia, cannabis was described as “a drug for sorrow” (Farber et al, 1981), and in ancient India (1600 BCE) cannabis was referred to as an herb that reduces anxiety (Russo et al, 2005).

Cannabis-based medicines, mainly produced in the form of tincture, were easily purchased with no requirement for a doctor’s prescription.

Towards the end of the 19th century, the United States began passing legislation and restrictions to limit the use of cannabis, fearing the spread of recreational use and difficulties in controlling dosages. In 1936, non-medical use was prohibited by the Marihuana Tax Act and subsequently was expelled from U.S. Pharmacopeia in 1941.

Cannabis continued to be used recreationally, and the ever increasing number of anecdotal reports on its efficacy in a variety of medical conditions renewed interest of the scientific community in the 1970s and 1980s.

In the 1960s, Dr. Raphael Mechoulam, Professor of Medicinal Chemistry at the Hebrew University of Jerusalem in Israel, initiated scientific exploration into medical cannabis and its active compounds. Newly developed technologies including chromatography and spectroscopy methods enabled Mechoulam to isolate and describe the structure of these molecules.

In 1963, Mechoulam and a team of researchers identified the chemical structure of Cannabidiol, or “CBD” (Mechoulam & Shvo, 1963). Then, in 1964 Mechoulam discovered the main psychoactive element of Cannabis Sativa plant, Delta-9-tetrahydrocannabinol or “THC” (Gaoni & Mechoulam, 1964).

Mechoulam’s discoveries initiated Israel’s world leadership in the field, and since then, over 100 different compounds, known as phytocannabinoids (cannabinoids derived from plants), have been isolated from the cannabis plant and continue to be researched today (Fichedick et al, 2010).

While there are many minor cannabinoids found in the cannabis plant, CBD and THC are the most commonly recognized.

Along with identifying these compounds, scientists discovered receptors in the h 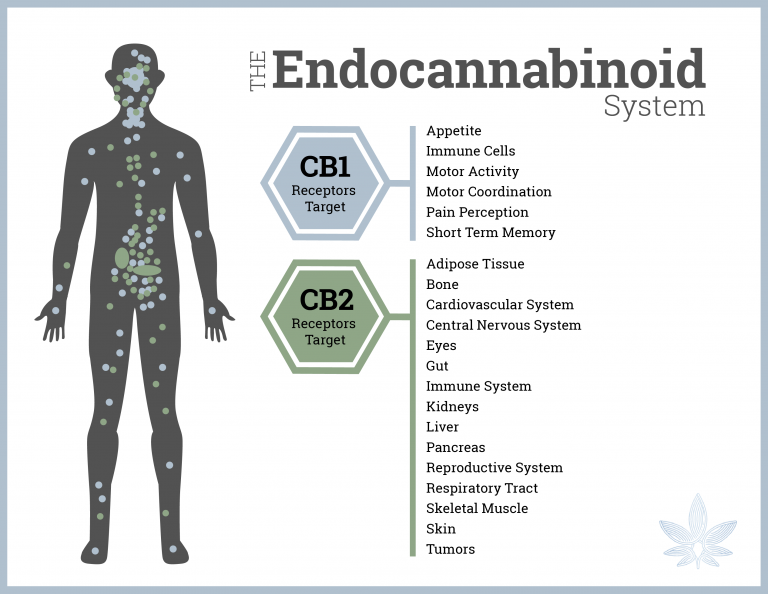 uman body and brain (the most well-known are CB1 and CB2) that have a direct reaction to phytocannabinoids, and further, that the body itself produces cannabinoids known as endocannabinoids.

CBD and Sleep: Benefits of Combining CBD and Melatonin

According to the CDC, over 70 million Americans suffer from...