Kindling the Spark of Cannabinoid Science

Human beings, like all other animals with a backbone, have an internal regulation system that helps the body stay sound. This endocannabinoid system, or ECS for short, keeps our biochemistry in balance and stimulates pleasure—in essence, it contributes to leading a healthy, happy life (Moskowitz, 2017: 24). 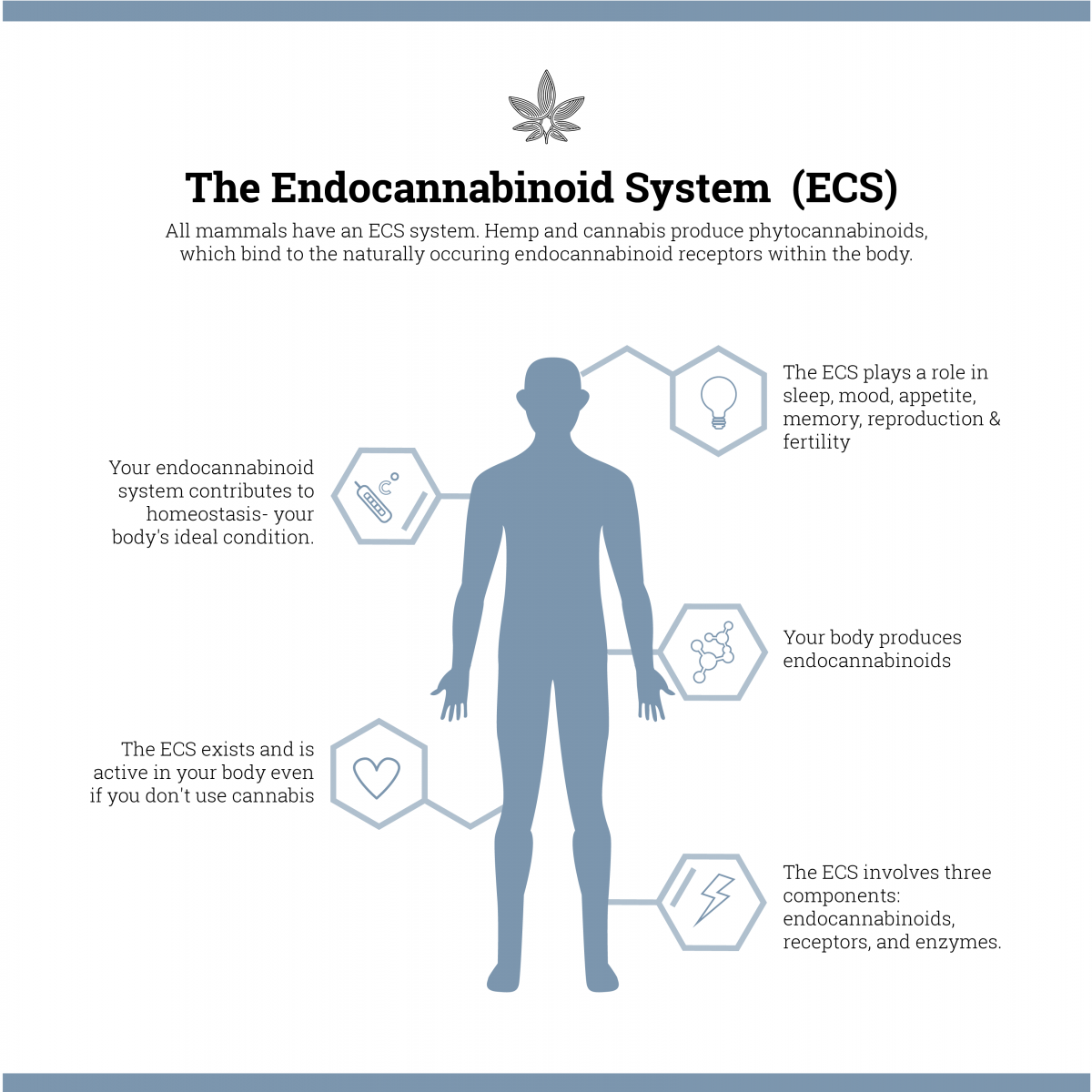 Although it was only discovered as recently as the 1990s (De Petrocellis, Cascio & Di Marzo 2004), the ECS plays a major role in functions involving our central nervous system and peripheral nervous system (Pacher, Bátkai & Kunos, 2006), the latter of which relays information from our brain and spine to the rest of the body.

Thanks to continued research, we now know that the ECS comprises three
cornerstones:

The ECS and cannabis are often mentioned in the same breath because their study is historically tied. In fact, researching cannabis led to the detection of the ECS. For millennia, people have been consuming Cannabis sativa as medicine and for recreation, but only three decades ago, when exploring the effects of cannabis’s psychoactive component, did a team of scientists find that vertebrates have specific receptors responding to the plant’s chemical compounds (De Petrocellis, Cascio & Di Marzo, 2004). The most commonly cited compounds are the psychoactive component (-)-Δ 9 -tetrahydrocannabinol (THC) and the non- psychoactive component cannabidiol (CBD).

Cannabidiol (CBD) acts on the CB1 and CB2 receptors of the body to produce a variety of outcomes, including promoting homeostasis while reducing the sensation of pain and decreasing inflammation. However, CBD does not directly interact with the receptors, making it different from some cannabinoids such as THC which directly bind to them. CBD also modifies the activity of the ECS’s enzymes and transport proteins and modifies the concentration of anandamide– the “default” endocannabinoid.

The list goes on. Further research and knowledge are still needed. In the meantime, Tikva is backed by science that is blazing a trail to uncover more about the ECS, its impact on various bodily functions, and its receptiveness to cannabis.

CBD and Sleep: Benefits of Combining CBD and Melatonin

According to the CDC, over 70 million Americans suffer from...